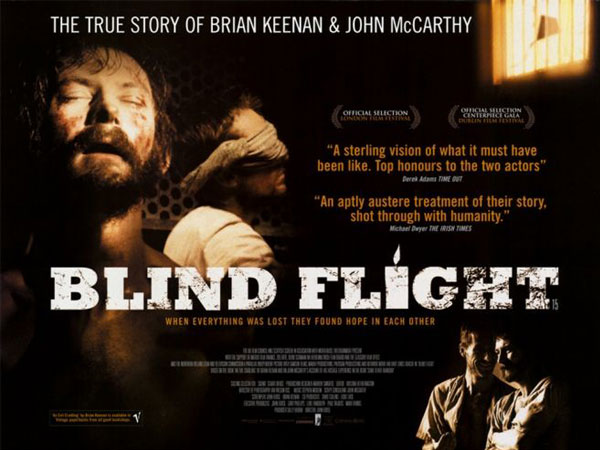 Brian Keenan and John McCarthy spent 4.5 years confined together, held underground for much of their captivity, at times chained to each other and to the walls of their prisons. The two men, who could easily have found themselves at opposite ends of a gun barrel in Northern Ireland during the Troubles, instead forged a relationship which transcended all that appeared to divide them. "Blind Flight" tells the story of this compelling relationship as they both resurrect their deepest memories, feelings, fears and loves. In their near biblical journey they uncover many of the forces which made them blind and captive human beings prior to their physical captivity. They finally discover a compassion for their captors which makes the film a 'love story' in the fullest and most humanistic sense.